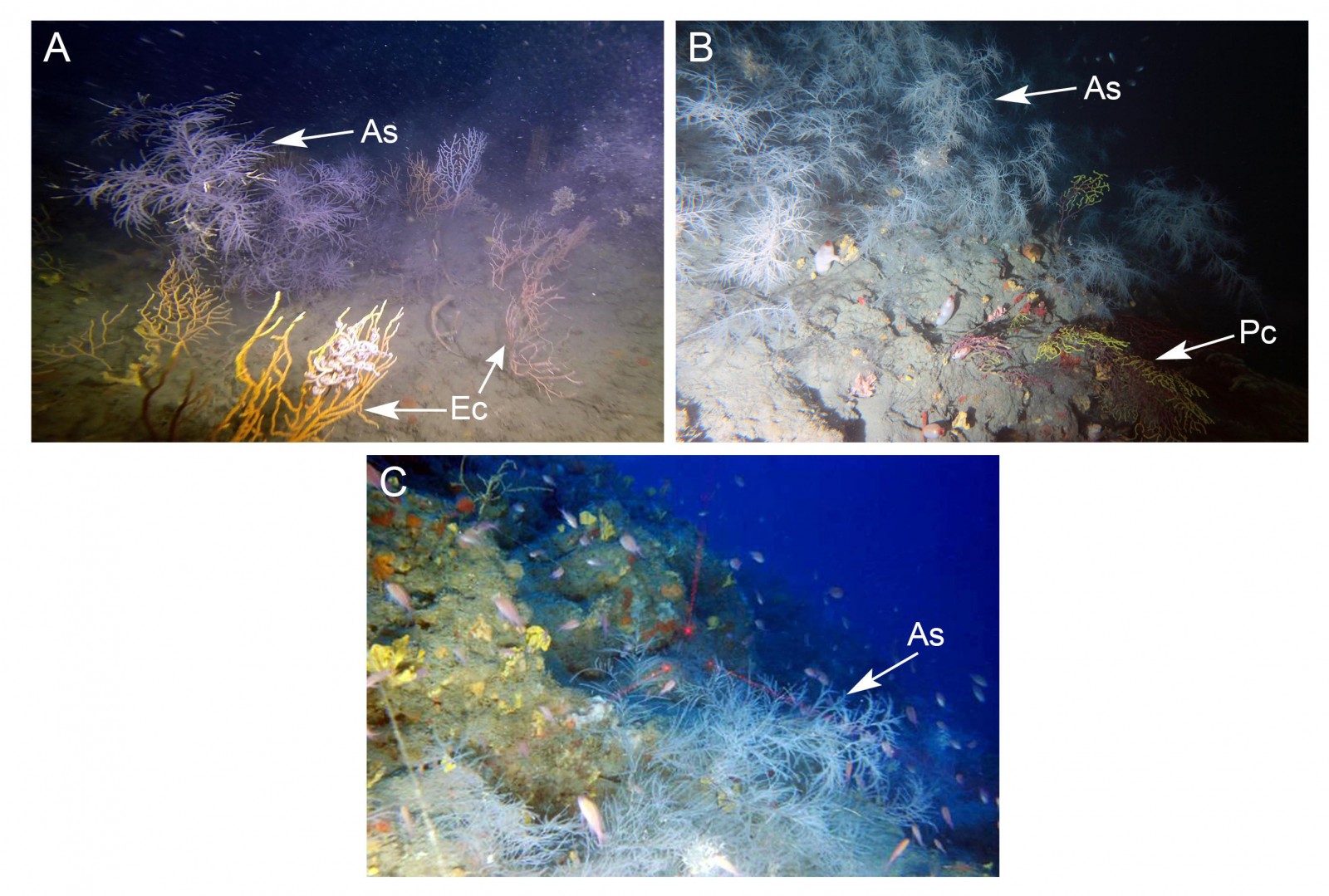 Black corals and their microbes – Flexibility is the key to Success

Not all corals form the majestic coral reefs that we know from the tropical regions. In the deeper zones of the oceans, corals with flexible tree-like skeletons give rise to large ‘forests’, where other marine animals can live and find shelter. It used to be technically difficult to explore mesophotic and deep-sea areas, but thanks to submarines and technical diving we can now study the ecosystems found there.

One of the most important ‘forest’-forming corals in the mesophotic zone of the Mediterranean Sea is the black coral Antipathella subpinnata. To better understand the success of this species, and black corals in general, scientists of the Centre Scientifique de Monaco and the University of Genova joined forces to investigate the nutrition (Coppari et al 2020) and the role of microbes in the health of this coral.

Looking at three black coral populations off the Ligurian coast near Savona, Bordighera and Portofino, they found that A. subpinnata is not consistently associated with any microbe. This lack of a ‘core microbiome’ - as the community of microbes that is consistently associated with a species is called - is quite unique, as it is in stark contrast to nearly all other corals. Instead, the microbiota of this black coral differed a lot between (but not within) the populations investigated. This was likely linked to the different environmental conditions at these locations. For example, bacteria capable of degrading hydrocarbons were present in high numbers on the black corals near Savona, potentially protecting these corals from the detrimental effects of pollution by the petroleum industry and large ships at the nearby port. It may be that the coral actively modifies its microbiota to suit to its needs. But regardless of this ‘microbiome flexibility’, the important functions of the microbiota were preserved. Microbes capable of aiding with food digestion, microbes involved in the protection against pathogens and microbes involved in the (re)cycling of nutrients, like nitrogen and sulfur, were always present.

Overall, the study’s results suggest that A. subpinnata can adjust its microbiota to acclimate/adapt to the prevailing local conditions by selecting for the most beneficial partners given the circumstances, while conserving its main functions. This flexibility may in turn partially explain the success and wide distribution of this black coral in the mesophotic zone.